An AIM Too FAR

Off to John's place in Berkeley to do the (delayed) oral part of the BFR. If you've ever done a US BFR (biennial flight review) before, you'll know the drill: it's not really a test, just a review, but you don't want to be too unprepared or clueless or you may end up not getting a suitable endorsement in your logbook. I'm not actually due for a BFR until the end of March, but it seems smart to get it over and done with as soon as possible when it's actually convenient for me. And in any case I've already successfully got the flying bits out of the way along with the Cirrus checkout.

One of John's CFI candidates, a rather droll and amusing ex-Navy F14 pilot, sits in on the exercise and gets a good lesson in how to cope with smartass students like me; in return John and I get to hear a couple of choice stories of Navy flying around the remote bits of California and Nevada that I know well from the ground. Anyway, as soon as the review starts I realise I've concentrated on learning the wrong sections — I guess I expected to be grilled a lot on IFR regs and things like what happens to visibility minima when certain lighting components are out, but John's reviewing the more basic Part 91 and airspace stuff, which I've only skimmed earlier. OK, no big deal, and if I sometimes forget minimum cloud distances for things like Class G airspace or the procedure to be followed after an "incident" as opposed to an "accident" (and I can never remember off-hand the different definitions of either…), the rest of it is stuff that's either common sense or stuff you should have internalised a long time ago. In any case my own personal minimums are well above the legal versions for things like VFR visibilities and cloud clearance anyway, and you can always look up some of the more obscure and not-needed-on-the-fly regs up when needed.

So, after somewhere between an hour and 90 minutes (I sort of lost track, what with the sidetracks about Owens Valley, Saline Valley, Mt Ubehebe, Faultline Road, US 50 to Ely, etc.), I'm successfully signed off to fly for another two years. Well, something like that — there's all the other stuff that's more relevant, like the pursuit of IFR competence and proficiency, that the BFR just isn't really intended to help with. But it's a good start… and really a very easy way to stay at least minimally competent at flying and flying regs.

And you can blame John for the title :-). 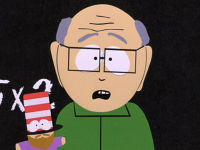 The Cirrus has one of those little hat switches on the sidestick for electric aileron and elevator trim (just like the yoke for my sim). It's nice that it has both types of trim, and that it's in a convenient place on the stick, but it's touchy, especially with aileron trim. It's taking me some time to get used to it, and I'm learning that you have to use a lot of slight nudges in one direction or another to slowly converge on the correct trim without causing a major upset. But getting trim correct on this plane is important — it's barely dynamically stable, and has a bunch of oscillatory modes that manifest themselves as altitude swings or subtle turns, and flying it manually with the sidestick can be tiring over longer distances, especially as the control stiffness can cause you to jerk the bloody stick too far to one side or another, with predictable results.

So the trim hat switch has become something of an obsession for me: I find myself thinking of it as "Mr Hat", an alter ego at the end of my hand that seems to have something of a life of its own. Maybe I'll start talking to it with a Mr Garrisonesque accent. I dunno. But it's true that during this evening's hand-flown ILSs in the Cirrus I actually found it easier and more productive to keep Mr Hat at arms length (sorry), and only work on the finer points of trimming after almost everything else was taken care of. This does seem counterproductive, I admit, and it's something I need to work on more.

(And if you don't know who or what Mr Hat is, oh well, never mind).
* * *
Anyway, this little … wrinkle … aside, after another flight or two whose details I won't bore you with, I'm signed off for renting the club's Cirrus, I've maintained my instrument currency (but not necessarily my proficiency…), I'm 80% of the way through my BFR (just need to do the oral part), and I'm night current. Woohoo. Now if only the weather would improve….

An AIM Too FAR
Mr. Hat